Social Networks Are Ready to Pay, but You Won’t Get a Penny

Social networks have become an integral part of our everyday lives. We use the likes of Facebook, Google and Instagram to read the news, look at photos, listen to music, watch videos, express opinions and communicate with people, even when separated by huge distances.

Social networks are more than you think

And at the same time, social media has long ceased to be merely about entertainment. Different experts use them for their professional purposes. Specifically, it has become one of the main marketing tools for the majority of modern businesses. And we see ads constantly.

It seems that those behind these ads know our tastes better than our closest friends: our interests, preferences, needs, even our fears.

When somebody unknown knows so much about you, they seem more like a stalker than a friend. Have you thought about how this makes you feel? Do you feel safe?

So what are social networks now? A means of communication, a new stage of the social relations development, a platform for advertising and promotion of goods and services, a global system for manipulating and controlling people, or something else? How they manage to collect so much personal data on each of us is important but not the most crucial question. What we really need to know is how they use it to influence us.

A story to remember

We need to mention the story of a real social media giant to help understand the extent of our personal data usage. Especially considering recent events...

The number of Facebook users now exceeds two billion, more than the total population of China, the most populous country on the planet [1]. The platform still holds the leading position in the market, but this position is no longer as strong as it was just several years ago.

For now, Facebook’s popularity continues to drop among Americans. According to eMarketer, the average time spent by users on Facebook in the US in 2017 reduced by three minutes to 38 minutes in 2019.

The scandal surrounding the data breach of millions of users has punched a huge hole in Facebook's reputation and popularity.

In 2018, journalists from The Guardian and The New York Times published a series of investigations into the data breach of information of more than 50 million Facebook users. According to The New York Times journalists, who were the first to report the story, everything began in 2014. A Cambridge University professor agreed to cooperate with Cambridge Analytica company, the British company that studies the influence of social media on user behavior. This professor then developed and published a psychological test meant to gather users’ personal data. Users were paid for passing the test and needed to use their Facebook account for the authorization.

Among the tested users, only several thousand gave their consent for data processing (for academic purposes only). But nevertheless, data of all the users who passed the test was transferred to Cambridge Analytica. This is a data breach as it is.

Moreover, The New York Times and The Guardian journalists found that Cambridge Analytica collaborated with the election headquarters of two Republican presidential candidates, Ted Cruise and Donald Trump, during the 2016 US presidential election. So it may mean that the decision made when selecting the future American president wasn’t only ours.

Finally, Facebook was fined $5 billion in July 2019 for mishandling user data. This was the largest fine ever imposed on a tech company, considerable even for a giant like Facebook. Mark Zuckerberg has apologized for this to users and agreed to pay the fine, but it’s debatable over how much this really means.

According to the Federal Trade Commission (FTC), which imposed the fine, the money goes to the US Treasury’s general fund as prescribed by law. Users won’t receive a penny, which is actually an expected outcome.

Despite the huge fine and accompanying disputes, investigations, and problems this case caused for Facebook, there are doubts that their data privacy policies and regulations will be overhauled. Any potential changes would be part of a long-lasting and complicated process which don’t guarantee 100% results. Sometimes it’s just easier… to pay. And to apologize, of course.

A way to hold all the keys

While designing our products, we kept in mind that the only person who really cares about data privacy is you, the consumer. This is why we created Clario - to care for your data protection and prevent data breaches. Clario covers you with an extra layer of security whenever you go online.

Our unique approach to cybersecurity is focused on six areas - browsing, money, device, identity, data, and network. We believe that technology, backed by the strong expertise of our Clario specialists as well as highly personalized customer service, makes us one of the best tools to secure your personal information.

Don’t let anyone take advantage of your data, at least without your permission - it’s not as difficult as you may think! See yourself how we do it at Clario. 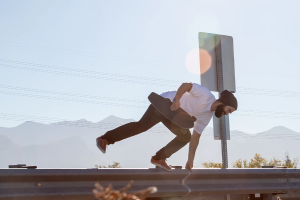 Your Right to Digital Privacy and How to Protect It 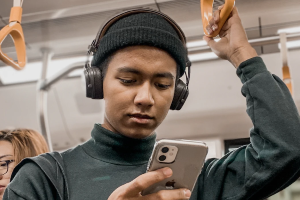 Top 15 Internet Safety Rules for Everyone 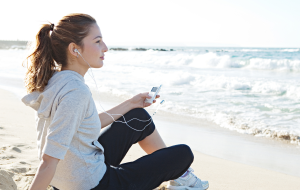 Why It Pays to Declutter Your Digital Life