Reporting Identity Theft to the Police

Picture this. You’re at home, having a leisurely weekend, maybe bingeing on the latest Netflix series, when an innocuous-looking letter drops through the mailbox.

You open it, only half paying attention, and suddenly your heart lurches.

Turns out, this letter is from a debt collections agency (dun dun DUN) demanding a hefty payment on an overdue account opened in your name. An overdue account that you knew absolutely nothing about (and most definitely never opened). Until now.

Life’s been getting in the way so it’s been a while since you even thought to check your credit score (which, as it turns out, has indeed taken a nosedive). It means that, until this very moment, you were never tipped off about the unthinkable happening – your identity has been stolen, leaving you in a potentially precarious financial situation.

First things first, we’re sorry that you’re in this situation. We know it’s never fun. But it is, in most cases, fixable. This article does an excellent job breaking down exactly what steps you should take in the immediate aftermath of having your identity stolen.

In this piece, though, we’re going to cover the nuts and bolts of one of the most crucial steps to take after you’ve discovered someone has stolen your identity – and that’s filing a report with the police.

My identity has been stolen. Should I file a police report?

Before we dive in with the details, let’s clear up one common question our identity theft experts at Clario get. We’ve already mentioned that filing a police report is one of the first things you should do once you discover that your identity has been stolen.

But US readers, take note: in many cases, you don’t actually need to file a report with the police. (We know, way to backtrack!)

But things do work a little differently for you guys. With a few exceptions, you can simply report the crime directly to the good people at the Federal Trade Commission (FTC) via the following link: IdentityTheft.gov.

Here are a few example scenarios where you might still need to file a police report:

How filing a police report can help protect you

As mentioned above, there will be instances where filing a police report for identity theft is not required. However, in many cases it’s a good protective measure.

For starters, it acts as a sworn statement that you’re innocent of any fraud perpetrated using your personal information. Secondly, it may well kick start an investigation, further clearing you of any wrongdoing, especially if the evidence points to you being one of many victims in a wider financial scam.

If you’re worried that by not filing a police report, you’re leaving yourself vulnerable, then don’t worry. Filing a report directly with the FTC covers you in many of the same ways a police report does.

Next, let’s take a look at the steps involved in actually filing your identity theft report with law enforcement.

Will the police investigate identity theft?

It’s worth reading up on the laws regarding identity theft in your state, province, or home country. In many cases, procedures will vary depending on where you’re living.

One quick caveat, though. As much as we don’t want to be the bearer of bad news, we advise you to keep your expectations in check when it comes to what an investigation can achieve.

While we’re by no means trying to play down just how frightening, violating and traumatic identity theft is, the fact remains that police are typically overworked and dealing with crimes that are more pressing or indeed violent in nature.

How do I press charges for identity theft to the police?

1. If you’re based in the US, you should first file your FTC fraud affidavit.

At this juncture, the FTC will also arm you with your very own identity theft recovery plan, as well as templated letters you can use to inform any affected parties of the crime (such as your bank or creditors). More often than not, this should suffice to clear your accounts and credit reports of any fraudulent transactions or inaccurate information.

With all your documents and proof assembled, it’s now time to make your way down to your local police station. We’ve heard from many frustrated identity theft victims that they felt the police were dismissive of the crime that took place.

In many cases, police will ask you to go home (especially if the fraud occurred outside their jurisdiction) and to submit the report online instead. Don’t feel disheartened by this – it does not mean your case will be taken any less seriously. Instead, it’s down to the specific procedures put in place by state and federal authorities.

Can I file a police report online for identity theft?

As we mentioned above, you may be directed to fill out a form online rather than the police taking your information in person.

Again, this is not necessarily because the police officer in question wants to downplay the severity of what happened. Rather, they have to prioritise cases where people are in imminent danger.

And the sad fact is, many police officers have not received adequate on-the-ground training in dealing with online crimes, so may be at a loss as to how to pursue your case.

I’ve reported my stolen identity to the police. What happens next?

Once you’ve done the hard part and lodged your police report, remember to ask for a copy you can pass along to any relevant parties.

As an extra step, you might want to consider getting your FTC and/or police reports notarised in case of a future dispute.

Your case should be handed over to an officer to investigate, but you might not hear much unless you were part of a larger scam.

In this guide, we’ve shared exactly when to report your identity theft to the police, along with a step-by-step guide to doing so.

As you can see, the process isn’t as complex or arduous as you might’ve thought. Time to breathe a sigh of relief.

And, of course, start looking at ways to prevent your identity from being stolen again in the future.

Just remember, protecting your personal information online is key to helping reduce your risk of identity theft. See for yourself how Clario’s all-in-one cybersecurity solution can help you regain control of your online identity. 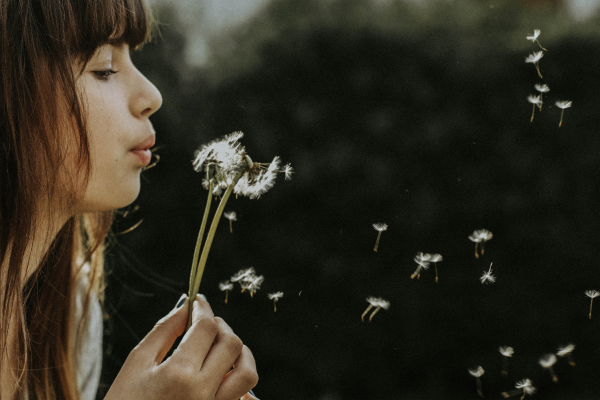 Why Clearing Your History Doesn’t Clear Everything

How Far Can GDPR Go to Protect You? 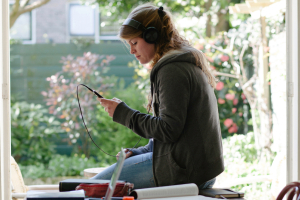