On February 24th, 2022, the majority of Clario’s staff were woken up at 5 am: either by the sounds of bombs hitting Ukraine, or a message in our company Slack chat - ‘did you hear it, too?’.

This was the moment Russia started a full-scale invasion against Ukraine. It is nothing like a conflict, crisis, or military operation — the reality is a horrific war that is quickly turning into a genocide of thousands of innocent civilians in major Ukrainian cities.

Clario was founded by Ukrainians. Most Clario people are from Ukraine, and the war hit our company right in the heart of every team member and their families.

Freedom is a choice, and we choose to defend it. Ukrainians are fighting for basic human rights to live and freely choose our future. We are looking forward to the moment our team members can return to their hometowns and loved ones.

How you can help

Wars in the 21st century extend from the battlefield to your social media news feed. In the digital age, we recommend you fact check any information you receive, especially if it comes from Russia. Take care to research the credibility of the sources you receive your news from, and try to compare several sources where possible.

Here are the resources we trust and support, and can vouch for if you want to help Ukrainians:

More than 70 people from Clario and MacKeeper Customer Services are working to support this project 24/7. A team of volunteers created a website to answer questions for anyone wanting to join the International Defense Legion of Ukraine and fight for freedom.

Our team processes online applications from volunteers so we know the most suitable to recommend to join. This is to make sure that applicants are experienced enough to avoid risking their own life and the lives of their comrades.

This project involves around 70 support agents who are very experienced in reviewing and processing information like this. We are proud to have helped thousands of brave soldiers for whom war is a profession. They will help us win, and we will help them get there!

More than 50 courageous Clario people are working on the ‘Dopomagai!’ hotline 24/7.

Initially, the project was aimed at finding housing for those who lost their homes and have left their hometown for safety. However, the callers needed so much more help than just aiding their escape.

How can I get out of this "hot spot"? How and where can I cross the border? Where can I get food or medicines from? How do I contact volunteers?

Clario people gave these callers something better than just answers to these questions. They gave them hope, and made sure they felt like they were not alone in this.

So far we have processed approximately 3,000 calls. In addition, we make regular calls to hosts (those who provide housing) to make sure that their offer is relevant—this is about 4,500 more calls.

It is very mentally demanding work for Clario people. Some of the stories they’ve heard working as part of ‘Dopomahai!’ include:

A 65 year old man with a heart condition called to provide his house for those in need. After offering up his home, he started crying and said:

“I would join the army if I could, my heart breaks for our lads.”

During the call, he apologized more than 10 times for his tears, being ill and not fit for the army.

A son called and asked to help rescue his mother from Orlyantsi (Zaporizhzhia), cried and said that he would pay any sum if anyone could help him bring her to a safer city.

Svitlana Ivanivna (Kyiv, 70 years old) asked if she could house some people in need, so she would not be alone in her  three-room apartment.

“I won’t go anywhere and I believe it is the safest place at the moment,” she said.

We started helping Ukraine the moment the bombs started hitting Ukrainian cities. On February 24th, the very first day of the war, Clario donated $50,000 to the Ukrainian Armed Forces.

Throughout the war, Clario people have themselves made numerous contributions to help the Ukrainian Army and civilians. We have also partnered with PayPro Global, our payment provider, and launched a special fund available on our website homepage. We would like to thank everyone who has donated to it.

How Clario helps its team

The Clario management team has made it clear to everyone at Clario that their and their families’ physical safety and mental state are the priority during this time.

‘It is extremely important that we do everything within the company's power to ease the challenges that our people face. We continue to support our team financially and won't leave any team member without support during the war’—says Slava Kolomeychuk, CEO of Clario.

How Clario supports its users

Our users and their security have remained our priority even since the first days of war. We have continued to provide customer support and improve our MacKeeper and Clario products throughout.

We secured our users’ data way before the start of the war. Receiving ISO 27001 certification in 2021 meant that all our approaches to securing the data of Clario and MacKeeper users have been tested and approved by one of the most well known internet security organizations in the world.

You can read more about Clario compliance with ISO27001 standards here.

Clario and MacKeeper customer security and support remains paramount for us. We thank you for continuing to choose us.

Why we suspended our services to users from Russia and Belarus

We don’t want to support the digital needs of the citizens of countries that have started and support a war against the homeland of many Clario people.

‘We created our products to serve the right purpose - to help keep our customers’ digital life secured. We see our customers as people who strive for truthful information, for using the internet for good, for using it to educate themselves and spread awareness about the things that matter. Based on polls taken by independent observers about whether the Russian population support the war in Ukraine, and seeing the majority of them supporting the Russian aggression, we no longer believe that Russian and Belarusian citizens fit the profile of the people we created our products for. And we do not believe they will use the possibilities our products provide for good,’—says Vlad Shchegel, VP of Engineering at Clario.

‘Also, there is a simple human explanation for this move. We don’t want Clario people to devote their time and energy to help citizens of the countries who forced them to flee their homes, hide in bomb shelters, and work under constant sirens and fear,’—comments Stas Khilobochenko, VP of Customer Services at Clario. 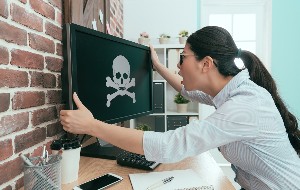 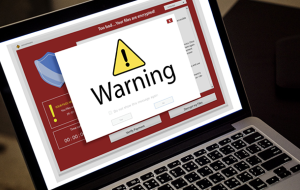 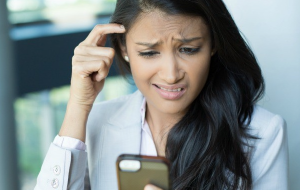