What Is a Distributed Denial of Service (DDoS) Attack?

According to Netscout, cybercriminals launched over 9.7 million attacks in the first half of 2021 with some victims reporting up to $12 million dollars in losses. While there's no clear-cut way from defending your website against DDoS attacks, you can help reduce its impact by protecting yourself with Clario. By downloading Clario's 7-day trial for free, you can quickly detect malware on your device in an event of a DDoS attack.

With such a competitive online landscape, hackers are increasingly finding new ways to disrupt websites, including Distributed Denial of Service (DDoS) attacks. But, what is a DDoS attack, and what could it mean to you?

Distributed Denial of Service or DDoS attacks are a type of cybercrime wherein hackers overload a website's resources, disrupting its ability to fulfill its function and causing downtimes that cost companies millions of dollars. In general, DDoS can last for a few minutes or a few hours and can either stop a website, network, or database from loading correctly or preventing it to work at all.

What happens during a DDoS attack?

While there are several types of DDoS attacks, they have the same goal: to incapacitate a system. To do this, hackers either disable a system to prevent making use of a critical service or purposely create damage. In some cases, this is done through remotely controlled groups of computers, which simultaneously target its victims, usually websites.

Under the Computer Fraud and Abuse Act (CFAA), DDoS attacks can be considered a federal crime. In some cases, DDoS attacks could be commissioned by competitors who want a leg up or even disgruntled ex-employees.

DDoS attacks could also be used to takedown institutions such as government websites or banks as a form of protest against policies and laws. In fact, DDoS attacks are often a preferred method used by hacktivists to make their point.

For example, hackers can use DDoS methods to disable sites that could be potentially dangerous, life-threatening, or have questionable ethical standpoints. In any case, DDoS attacks can affect your website's ability to publish content on time, serve your customers, and represent your brand in the online space.

With this, it's best to not only identify DDoS attacks when they are ongoing, the types of DDoS attacks, and how to keep them from happening to you.

Similar to DDoS, Denial of Service (DoS) attacks also have the goal of overwhelming a system. Although, the key difference is that DDoS utilizes resources from multiple sources and DoS attacks only come from one source and are frequently more targeted.

On the other hand, DoS is more common for single, targeted devices. For example, consoles or computers can be overwhelmed through their network and IP address. In some cases, a DoS attack can even be done with a simple script.

How to identify a DDoS attack

If you wonder if your website or system is in trouble, here are some possible ways you can tell if a DDoS attack is ongoing:

For websites affected by a DDoS attack, one of the key signs is network hosting errors. For example, when loading your website, it may return with an error and fail to load the website completely.

Unfortunately, it can be difficult to tell whether you are experiencing a true DDoS attack or a standard hosting error. In addition, it may be possible that you don't notice something is wrong with your website until a prospective customer complaint arrives.

For websites that use content management software with the same hosting, employees may also notice incidents such as files not saving, general slowness, and so on.

Before you can flag anomalous traffic, you must first know what your website's standard network usage is. Aside from knowing the usual number of visitors, it's also important to take note of the countries of origin, channels which drive traffic to your site, and the usual types of devices used to view your site.

How to prevent DDoS attacks

While it can be impossible to prevent all types of DDoS attacks, there are things you can do to help prevent DDoS attacks or catch them quickly:

Although it's possible to host your website cheaply, it's not always recommended. While many small online publishers usually try to keep costs low, investing in high-quality hosting can prepare your website to scale.

In most cases, cheap hosting sites will not include features to protect your website against DDoS and other types of cyberattacks. For this reason, it may be worth adding a few extra dollars a month to your website's long-term security.

By preparing for possible breaches in the future, your teams can aim for zero downtime. Zero downtime ensures that a website is never down through the process of redundancy.

A type of deployment technique, zero downtime makes use of scheduled deployment methods, geographically distributed databases, and so on, to make sure a website never goes offline.

With this, you can effectively lessen the overall impact a DDoS attack can have on your company’s sales or brand.

With DDoS attacks often targeting bandwidth, increasing network infrastructure can help prevent overload. By allotting bandwidth above the expected, normal consumption, you can make sure that your network can handle possible traffic spikes.

One way that you can improve your network is by load balancing. With load balancing, network traffic is distributed across a multitude of servers, which prevents any single server from reaching its full capacity.

In an event of a traffic spike, you can buy yourself more time before the attack can impact the real user experience on your website.

As with many things, prevention is typically better than a cure. For this reason, investing in anti-malware software like Clario can help companies protect their networks from being infiltrated. By making sure your devices stay malware-free, you can reduce the chances of DDoS attacks on your website.

While there are endless types of DDoS, here are some of the common ones that you should watch out for:

Reduce the risks of DDoS attacks

Unfortunately, DDoS attacks will likely remain a critical part of hackers' arsenal for years to come. For this reason, it's best to focus on the different ways to prevent it from happening and act quickly when it does.

If you don't have the energy to monitor your website 24/7, it may be helpful to invest in apps like Clario, which can help reduce the risk of DDoS attacks by keeping malware away from your device. 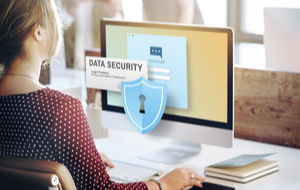 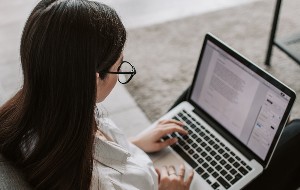 Your Activity in Incognito Mode Can be Traced Without a VPN 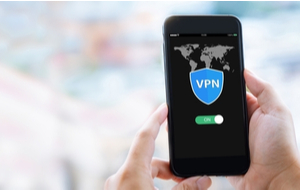