What Is Malware and How Can We Prevent It?

It can take different forms, ranging from traditional viruses and worms to increasingly popular hybrids and malvertising. Luckily, you can protect your devices by installing robust antivirus software and honing safe online habits.

Malware refers to any malicious software intentionally designed to harm a network, server, or computer. Malware is not a synonym for virus. By definition, a virus is a form of malware, but not all malware is a virus. This blanket term covers worms, trojans, and viruses.

Malware is different to other types of software due to its intended use. Cybercriminals often use malware to steal personal data, send spam, remotely control a system, or spy on a restricted network. The malicious software is usually activated by the victims with a click of a link or file download.

The definition of malware is not complete without a rundown of the common malware types to look out for and avoid. Learning about the different types of malicious software gives you a better understanding of how they spread and more knowledge to help keep yourself secure.

Often used interchangeably with malware, the word virus has become the layman’s term for malicious software. But it’s technically different. A virus is a specific type of malware that inserts its code into legitimate programs and files. They are typically distributed via infected emails, flash drives, and websites.

Victims often activate them by opening an infected file or application. Once activated, viruses can corrupt or delete files, disable system functions, and damage hard drives.

Computer worms self-replicate. They multiply, burrow, and spread across devices connected by a network. The worst part is how worms can spread without end-user action. Their presence can go undetected until they reach a point where they’re using up significant network bandwidth or server resources.

Aptly called a trojan horse, this type of malware disguises itself as harmless software, only to later provide access to other malware. Ironically, this malicious software often masquerades as security software. Currently the most prolific type of malware, trojans are usually injected into a system using email or infected websites. They can remain undetected until activation.

Most forms of malware are a hybrid of traditional malicious programs, often combining worms and trojans. Occasionally, a virus is added to the mix. Malware typically appears as an innocuous program (a trojan) but functions as a worm once executed.

With the aim of extorting money from the victim, ransomware encrypts data, shuts down a network, or holds a system hostage. It sometimes compromises data such as your personal, financial, and medical records or simply blocks access to a computer.

Sometimes called scareware, ransomware has crippled companies, police departments, and hospitals. In some instances, it has even threatened to disrupt entire cities.

Instead of directly using files or a file system, fileless malware exploits the existing tools in benign programs and systems. These malware attacks may come in the form of spying or injecting viruses and may utilize APIs, registry keys, or scheduled tasks.

Unlike adware, malvertising uses legitimate ads or ad networks to inject malware into users’ computers. A paid ad on a legitimate website may covertly include a code redirecting users to a malicious website. Malvertising attacks may also directly install unwanted software on computers or devices.

Hackers use spyware to track keywords, obtain sensitive information like passwords and login details, and gain access to personal data and private networks. This type of malware is often used to spy on the computer activities of loved ones. In more nefarious attacks, it’s used to steal data and intellectual property.

Spyware is relatively easy to remove. Still, it remains a grave concern, mostly because it brings to light the vulnerabilities that forebode a more damaging malware attack.

How to avoid malware

Now you have a basic understanding of how malware spreads, you’re equipped to prevent infections in your system. You can start with the following important habits:

Hackers employ ‘social engineering’ or psychological manipulations to exploit people’s day-to-day habits and trick them into clicking malicious links and attachments. To protect your personal data and avoid malware, you must be wary of any unexpected or unsolicited contact. Sometimes emails claim to be from respected agencies or individuals, but a closer look will reveal they’re not using an official email domain.

How to check your computer for malware?

You know what malware can do to damage your system, so don’t hesitate to detect and remove it. For starters, it’s best to rid your computer of temporary files. This will help you catch unwanted viruses and get rid of the baggage that can slow down subsequent scans.

The most critical step in detecting malware is to find a trustworthy antivirus to scour your system for possible threats. And Clario is up for the job. The software runs deep system scans and provides real-time anti-malware protection. It is constantly running in the background, working quietly as it keeps an eye out for sneaky viruses, dormant trojans, and other malicious software.

The best part is how Clario refrains from bombarding you with security jargon. It also keeps you in touch with security experts who can help you navigate complex issues 24/7.

Can my iPhone get malware?

Although rare, iPhone malware does exist. Your phone is especially vulnerable when it’s jailbroken, which opens up your device to application sources other than the App Store. Devoid of the usual restrictions, a jailbroken iPhone is as vulnerable as any Android device.

But even without jailbreaking your iPhone, you may still be exposed to security threats like identity theft, unsafe Wi-Fi networks, and phishing. This is why installing security software is always a sound idea.

How dangerous is malware?

The extent of the damage caused by an attack depends on the type of malware used and the device it targets. It also depends on whether the malicious software is infecting a corporate network or a home computer. While some damage is barely noticeable to the user, sometimes it can result in severe financial and reputational consequences.

For example, a Trojan virus targeting a corporate network may cause a minor spike in communications traffic–a fairly harmless consequence. In other cases, the attack could result in the loss of critical data or the complete breakdown of a network.

For home users, malware infection could lead to the loss of relatively unimportant or replaceable data. In more serious cases, malware attacks could divulge sensitive information like financial or health records and bank account access.

What to do if you get a malware?

If you have been subject to a malware attack, don’t panic: you can take steps to mitigate the damage. Here’s what you should do as soon as you become aware of a breach:

Firstly, disconnect all networks and connections to the internet to prevent further data leakage and stop continued access to your operating system. If using a computer, switch off the internet immediately. If it’s a mobile device, switch to airplane mode.

If a malware attack takes place while you’re working, tell your IT department immediately, so they’re able to take action. Some attacks can spread beyond your device to a whole network.

Using anti-malware software (which you should hopefully have installed), scan your device for viruses and attacks to ensure the breach can’t continue.

4. Back up important files and documents

For especially sensitive data, there’s a 3-2-1 backup rule: have three copies, two of which are on external media (such as external hard drives) with one offsite.

This may or may not be necessary, depending on the severity of an attack. But you should be able to reinstall systems relatively easily – many are available online, and some are provided on disks or drives when you purchase your computer.

Malware is an unwelcome price to pay for living in the digital age. But with proper precautions – and the right antivirus security – you should be able to browse, work, and network with peace of mind. 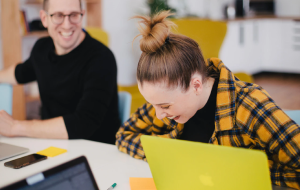 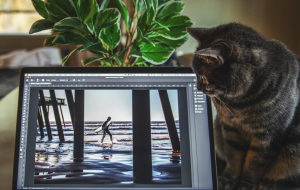 Can Macs Get Viruses & Why You Need An Antivirus for Mac 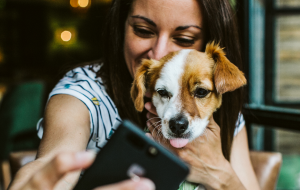 How to Protect Yourself from Identity Theft?
Click here to start installing