iPhone Lightning Cable Can Hack Your Mac: How it works and how to protect yourself

A Lightning cable conducts around 12 watts of power, which is more than enough to charge your iPhone, iPad, or Mac.

It’s also enough to charge a secret transmitter implanted into a fake Lightning cable by hackers.

Meet the O.MG cable, a hacking tool that looks like a usual iPhone charging cable to any unsuspecting victims. The cable is sold freely on the internet for $119.99 and there’s no saying how many of them have been purchased by malicious individuals.

Read on to learn what cable hacking is and how to protect yourself from it.

Pro tip: To protect your Mac from hacking, use Clario. The app offers a powerful antivirus and 24/7 data breach monitoring, providing you with instant alerts about the hacking of your accounts and leaked data. Here’s how to secure your Mac with Clario:

What is the O.MG Lightning cable?

The O.MG Lightning to USB-A cable is a hacking tool almost indistinguishable from the standard cable certified by Apple. Just like real cables, the Lightning-USB hacking device supports power and data transfer. However, unlike legit cables, it can be used for remote access to a victim’s device.

In 2019, the O.MG cable was created by a security researcher operating under the alias MG. After presenting the cable at a hacker conference, DEFCON 2019, the researcher started mass manufacturing the cable. These days, multiple versions of the cable are sold online, including Lightning to USB-A and USB-C to USB-A.

In 2021, the security researcher developed the O.MG Keylogger cable. As the name suggests, the cable functions as a covert keylogger hacking instrument. By replacing a detachable keyboard’s cable with the O.MG Keylogger, cybercriminals can collect a whopping 650,000 keystrokes to steal login details and other sensitive data.

How does the O.MG Lightning cable work?

The O.MG Lightning cable consists of two connectors and a set of wires covered by insulation, allowing it to operate as a legit cable. However, one of the cable’s connectors conceals a memory chip and an 802.11 Wi-Fi transmitter. The transmitter is, essentially, no different from those in your iPhone and other Wi-Fi-enabled devices.

Once connected to an iPhone, iPad, or Mac, the Hak5 O.MG cable creates a Wi-Fi hotspot. This allows a hacker to remotely access the device and use it as if they were holding it in their hands. For example, the hacker can run Terminal commands on your Mac or rummage through photos on your iPhone. The cable used for the iPhone charger hack also packs geofencing features, allowing cybercriminals to trigger the delivery of a virus payload based on a victim’s location.

The Keylogger version of the USB hacking cable can log keystrokes from the hacked device and send them to the hacker located up to a mile away.

How to protect yourself from a cable hacker?

You should take the following steps to ensure that a cable hacker cannot access your passwords or other sensitive data.

Cables certified by Apple come with the MFi badge on their packaging. The legit cables themselves bear a 12-digit serial number and the following text: Designed by Apple in California Assembled in Country.

Carefully examine your cable’s connectors. If you spot an uneven metallic finish, rough edges or varying insulator width, then you are probably dealing with either a counterfeit cable or O.MG cable.

Check for signs of hacking

Look out for these signs of hacking on your Mac:

1. Sudden spikes in the network activity, which can be tracked via Activity Monitor

How to protect your Mac from cable hacking

An O.MG cable is designed to look almost indistinguishable from a real cable. Given how difficult it is to determine a hacking cable by just looking at it, make sure your Mac is protected with an anti-malware solution like Clario.

Clario is a lightweight app with a 24/7 data breach monitoring tool and a powerful antivirus to keep your Mac safe from malware whether it’s delivered to your computer via O.MG cable or any other way.

Here’s how to use Clario to protect your Mac:

1. Install a Clario free trial and create an account

5. Add emails you want to monitor for breaches

With hacking cables sold freely on the internet, you have to constantly be on the lookout for a data breach. Or you can simply protect your devices with reliable cybersecurity software and leave hackers empty-handed. Stay safe! 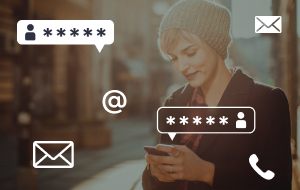 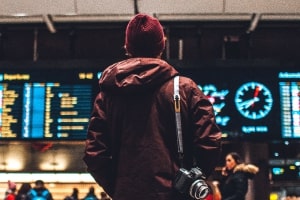 Do You Need a VPN at Home? (A Setup Guide) 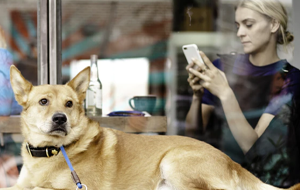 How to Protect Yourself from Hackers: the Ultimate Guide