The smallest of all Apple gadgets, AirTag is a big deal for those who constantly lose their keys, wallet and, well, Apple gadgets. Leveraging wireless connectivity of almost 1 billion iPhones, AirTags help easily locate devices or any other items they are attached to.

Although undoubtedly useful, AirTags are not without their fair share of issues. From pairing to resetting to updating, you might need help to take full advantage of Apple's item tracking devices. To make your life easier, we’ve compiled quick and simple solutions for common AirTag issues.

During the AirTag setup, it is not uncommon to run into this notification: “Upgrade your account security. AirTag uses end-to-end encryption to keep your location information private.” To fix the issue and complete the AirTag setup, enable two-factor authentication (2FA) on your iPhone. Here’s how to do it:

How to reset AirTag if pairing does not work?

You might need to rest AirTag if pairing doesn’t work or if it has been connected to someone else’s Apple ID. It goes like this:

How to fix the “AirTag not reachable, move around to connect” issue?

When using the Precision Finding feature, you might see the following message on your screen: “AirTag not reachable, move around to connect.” It means that you are out of the AirTag’s Bluetooth range, which should theoretically reach 800 feet outdoors or 130 feet indoors. To solve the issue, move around the area until your AirTag is discoverable again.

You might also encounter the “AirTag not reachable” issue if your iPhone is incompatible with the Precision Finding feature. Go to Apple’s AirTag page to check the compatibility of your iPhone with the feature.

What to do if AirTag firmware is not updating?

There are many reasons you might want to install a new AirTag update: from solving pairing issues to enhancing its anti-stalking security. Unfortunately, you cannot force the firmware update. If your AirTag firmware is not updating, all you can do is wait.

To ensure that the latest firmware update can be installed as soon as it rolls out, place the AirTag in the range of your iPhone. Also, enable Wi-Fi on the iPhone and make sure it’s always charged.

How to disable “AirTag Detected” notifications?

If you are walking or driving with a member of your Family Sharing group who has an AirTag, you are likely to receive a security alert “AirTag Detected.” To disable the notifications for this particular AirTag, do the following:

You might also receive unwanted notifications if you are using a borrowed item with an AirTag attached to it or traveling with someone who has an AirTag. Here’s how to stop “AirTag Detected” alerts for people who are not in your Family Sharing group:

What to do if AirTag Precision Finding is not working?

If the Precision Finding feature is compatible with your iPhone model, follow these steps to enable it:

Yes. If your AirTag is overheating, keep it away from direct sunlight. Also, separate the AirTag from your phone or other devices producing heat.

If you plan to use AirTags in harsh climates, you will be delighted to discover that the device’s operating temperature ranges from −4° to 140° F (−20° to 60° C). It means you can take your AirTags to both a searing desert and a snowy mountain. Refer to AirTag technical specs for additional information on the device’s usage requirements.

A solution for the AirTag battery drain issue

When set up properly, AirTag’s battery should last for up to one year. If your AirTag or iPhone runs out of power quicker than usual, reboot your iPhone and reconnect AirTag.

Here’s how to re-connect AirTag to solve the battery drain issue:

Some Apple users report unusually quick iPhone and AirTag battery drain when two devices are kept in close proximity to each other. It happens because AirTag can be triggered by the iPhone’s Near Field Communication (NFC) scanner, causing it to ping more frequently. To stop the battery drain, keep the two devices at least two feet apart.

Can you share AirTags with family members or multiple devices?

No, an AirTag cannot be used by your family members because it can be linked to only one Apple ID. If you want to give your AirTag to a family member or a friend, you have to first disconnect it from your Apple ID.

The good news is you can use AirTags with multiple devices. AirTags can be tracked using iPhones and iPads running iOS or iPadOS 14.5 or later. However, make sure you log in to all your devices with the same Apple ID.

Is AirTag useful against thieves? Would a thief be able to scan my AirTag?

AirTag is not particularly useful as an anti-theft device. A criminal can remove an AirTag shortly after stealing an item, thereby making its location tracking impossible. Worse yet, a thief don’t even have to scan for your AirTag to discover if it’s attached to a stolen item. After some time, the AirTag will make its presence known.

Due to privacy concerns, AirTags are designed to alert people about their presence with a sound or a notification, which might help the thief to find and remove the AirTag.

Can AirTag be used for stalking?

Unfortunately, yes. To address the issue of unwanted tracking, Apple has released a software update increasing the frequency of sound notifications. If an AirTag is removed from its paired device for more than eight hours, it will play a 15-second warning sound. Similarly, you might receive a notification about an unknown AirTag discovered nearby.

Although both security measures discourage stalking, they cannot prevent it. For one thing, the eight hour period for warning notifications is reset if the paired device is briefly placed near the AirTag. For another, Android users can’t receive notifications about unwanted tracking. 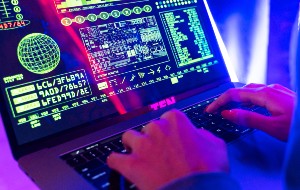 What Is Pegasus Spyware And How to Protect Yourself From It 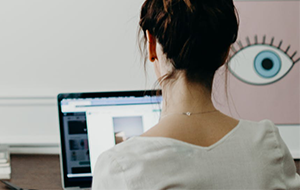 How to Tell if Your Laptop Camera Has Been Hacked 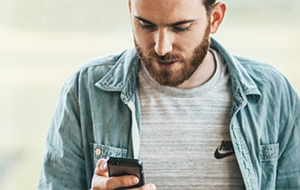 How to Stop Virus Warning Pop-ups on Android