How to Stop Pop-up Ads on Android? The Danger of Android Pop-Ups

Intrusive pop-up ads are one of the most frustrating aspects of using the internet. Pop-ups have the potential to distract, cause glitches, and can even link to malware. Evidently, unless you're really into advertising, few reasons exist for allowing pop-ups on your Android device. Fortunately, blocking unwanted advertising is possible. For a simple solution, Clario provides extra protection and a comprehensive pop-up-blocking tool.

If there’s a time when we enjoy ads, it’s during the Super Bowl. But that’s pretty much it.

When ads start popping up on our Android screens, they receive all the righteous anger they deserve. Not to mention, unlike the Super Bowl commercials, these pop-ups can be potentially dangerous. They may cause glitches, sabotage the phone’s performance, and may be a sign that hackers have breached the phone system. That’s when every Android user starts googling “how to stop pop-up ads on Android.”

Pro tip: If it was malware that caused these pop-ups, an antivirus can help you get rid of them. Take Clario. Start a free trial today to scan your Android phone for viruses. If any malicious files are found, Clario’s antivirus will delete them and secure your device from future threats.

How to identify fishy pop-ups and scammy ads

There are several signs that will help you recognize a malicious pop-up. If one or more of these apply, it means the pop-up might be more than just an ad.

So, you’ve identified that the ads your phone randomly plays are, in fact, malicious. The question is, how to stop pop-up ads on your Android phone?

How to stop pop-up ads on Android phone

To to get rid of pop-up ads in the Chrome mobile browser:

Scroll down to Site Settings in Chrome.

Tap Pop-ups and Redirects tab and turn them off.

Move back to Site Settings menu. Tap Ads and turn them off.

Since Android adware may come as an unfortunate bonus during an app’s download, checking your phone regularly will help you identify the source app and uninstall it. One way to do it is by using Clario.

The best part is that from now on, every time you download a new application, Clario’s antivirus for Android will automatically scan it for viruses. And once it’s done, you’ll receive push notifications with further instructions. If your new downloads do contain risky files, the antivirus will let you delete them in a single tap. You can test it out for yourself by getting your free 7-day trial (no credit card needed).

Why are ads popping up on my phone?

Ads are probably the main reason why you see pop-ups but certainly not the most dangerous one. Here’s a detailed list of causes and what you can do about them.

At the dawn of internet advertising, pop-ups were run by third-party organizations that simply took advantage of websites. You could’ve searched for a chocolate cookie recipe and got bombarded with You-Are-The-Winner pop-ups.

As web browsers and users learned to detect and block annoying ads, the number of pop-ups started decreasing. That is, until marketers rediscovered their potential for lead generation.

Don’t get us wrong: there are cases when ad pop-ups are okay for boosting a marketing strategy. Still, 73% of surveyed users mentioned they disliked pop-up ads in general, while 70% particularly said mobile ads were their main hate object. Ouch.

This doesn’t seem to stop marketers from offering online users the chance to take a survey, sign up for a super-duper deal, or participate in the 10% weekend discount promotion – all from a pop-up window.

While annoying, these kinds of ads popping up on your phone are harmless and disappear as you click the X beside them. But if they keep getting at you regardless of how many times you’ve tried to close the pop-up, it might be adware.

A type of malicious software, adware viciously keeps displaying ads to you. Once it gets into your phone system, it floods any ad-running website with a never-ending stream of pop-ups. Even worse, it can continue showing you ads even when you’re not in a browser.

Seeing random ads popping up on your phone screen is unbearable, but you can fix this by customizing your options and cookie preferences. Usually, trustworthy websites listen to their customers, so when you hit the Don’t show this again button, they hide it for good.

The real trouble comes when you start seeing pop-ups on the Android home screen out of the blue, and the messages you read give you chills. If that’s the case, start using a trustworthy antivirus on your Android phone.

Did you see a pop-up window telling you there’s a virus on your mobile device? And you need to call them NOW if you want your data to be safe.

Well, many people get so scared they do call this ‘tech support,’ only to learn it’s a scam. But if the victims have already given away their private information, it’s too late.

Ransomware is malware that blocks files on your phone, making them inaccessible until you pay a ransom. The message may look like the one you receive from some government institution (IRS, FBI, etc.) and address various issues: from you reportedly looking up pornography to evading taxes.

The steps to follow when ransomware has attacked your computer and your smartphone are roughly the same. So you can read our detailed guide on how to remove ransomware from your Windows PC and use it as a reference.

Android phones can get viruses too, and these are specific Android viruses. You could download them alongside a shady app without even noticing. You could have also accidentally tapped on a scammy link, and it opened up like the digital version of Pandora’s box

Install antivirus software and rest assured that your Android phone is safe. So far, this is the best option to keep your phone (and information) secured.

Now that you know what causes pop-ups on Android, let’s see how to tell if they’re potentially malicious. 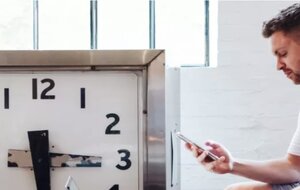 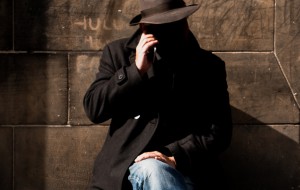 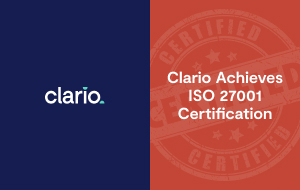