Is Siri Always Listening? How to Protect Your Privacy

Apple has long been regarded as one of the better tech giants when it comes to privacy. However, in 2015, a push to improve Siri led to reports that contractors were listening in to user conversations in iOS 15. Below, we’ll discuss whether Siri is always listening and how you can turn Siri off to protect your privacy. You can also use Clario’s all-in-one antivirus and VPN to prevent hackers and companies from breaching your privacy.

Does Siri listen to you?

If you’ve heard that Siri records everything, don’t worry. As of 2022, Siri does not eavesdrop on your conversations.

Voice assistant technologies such as Siri are constantly waiting for their trigger phrases. For Siri, this is “Hey Siri” or similar. However, while Siri is listening all the time for that phrase, it does not record until it hears it.

So, to repeat, Siri does not always listen to your conversations.

In 2019, a whistleblower revealed that contractors who were hired by Apple to work on improving the Siri voice assistant reportedly heard several conversations that had been accidentally recorded.

So how does Siri work?

When Siri hears its trigger phrase, it begins recording. This is because it must send that conversation to the Apple servers to interpret and carry out whatever you have asked. Siri and your iPhone (or other Apple device) do not have the computational power to perform this action alone.

Usually, people will never hear these recorded conversations as it is unnecessary. Instead, the Apple servers will interpret your enquiry and send Siri’s response to your device.

However, in 2019, a whistleblower reported hearing several accidentally recorded conversations. So, Siri must have been recording more than Apple was letting on.

According to Apple, some Siri requests are analyzed in order to improve Siri’s functionality. This requires that random user requests are sent to analysts in secure facilities. Each analyst is under the obligation to “adhere to Apple’s strict confidentiality requirements”. And, the requests are also not associated with the user’s Apple ID.

But, the problem is that there are several ways that Siri can be initialized by accident. For example, your Apple phone may hear someone say “Syria” and begin listening.

What this means is that Siri was accidentally recording and storing conversations that users were having, and Apple was not being fully transparent about this fact.

How Apple responded to the leak

To their credit, Apple responded relatively well. They stated that they would suspend the Siri grading program immediately while they worked out what had gone wrong.

Then, they released a software update (in iOS 13.2 and macOS 10.15.1) enabling users to delete their Siri history and opt-out of the grading system if they would like to.

How to opt-out of the Siri grading system

On iOS, you can opt-out of the Siri grading system by opening the Settings app, tapping Analytics & Improvements, and toggling off Improve Siri Dictation.

How to stop Siri from listening to me

If you’re concerned that your phone is listening to you, it’s very easy to prevent Siri recording you.

How to disable Siri on Mac

To disable Siri on a Mac:

How to disable Siri on iPhone or iPad

To disable Siri on your iPhone or iPad:

How to disable Siri on Apple Watch

To disable Siri on an Apple Watch:

How to disable Siri on HomePod

To disable Siri on a HomePod:

Turning off Siri on the HomePod will remove most of its functionality.

How to disable Siri on Apple TV

To prevent Siri from listening to you on an Apple TV simply do not press the Siri button. Siri will only activate when this button is pressed, so if you avoid it, you don’t run the risk of Siri listening to you.

How to delete your Siri and Dictation history from Apple servers

In iOS 13.2, Apple introduced the ability to delete your Siri history, otherwise known as Siri & Dictation.

How to Clear Siri & Dictation History on Mac

To clear your Siri history on a Mac:

How to Clear Siri & Dictation History on iPhone or iPad

To clear your Siri history on your iPhone or iPad:

How to Clear Siri & Dictation History on Apple Watch

To clear your Siri history on an Apple Watch:

How to Clear Siri & Dictation History on HomePod

To clear your Siri history on a HomePod:

How to Clear Siri & Dictation History on Apple TV

To clear your Siri history on an Apple TV:

Turning Siri off and deleting your Siri & Dictation history may protect your privacy from Apple, but it doesn’t guarantee that people aren’t spying on you. To prevent that, you will need to install a high-quality anti-malware app like Clario.

With so many tech companies (and malicious actors) trying to gather as much of your personal information as possible, it’s understandable if you’re worried about your privacy.

Clario’s all-in-one web protection app can help you protect your privacy and prevent dangerous malware. Try it with a free trial today. 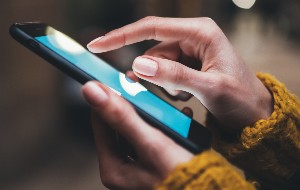 11 Ways to Speed Up Your Android Phone 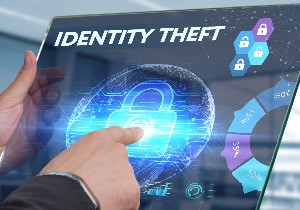 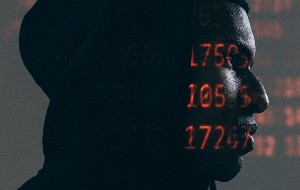 What is Cerber Ransomware?

Clario stops hackers and malware from breaching your privacy.