Scammers are adept at knowing how to rattle their targets, and masquerading as feared and authoritative organizations — such as the FBI or IRS — is a known manipulation tactic.

Often, scams that operate this way rely on ransomware. Ransomware is a type of malware designed to hijack your Android phone, tablet, or other device and display a warning pop-up that mentions the FBI or another known institution. The malicious software can be effective at locking down your device and is often difficult to remove.

Fear is fuel for fraudsters, and cyberattacks are increasing in frequency. PBS reports that ransomware infections rose 62% worldwide between 2019 and 2020, with a 300% increase in people paying the ransom. Generally, scams of this nature rely on casting a wide net, catching as many people as possible, and hoping that some fall for the ruse. Let's discuss how you can avoid getting caught in the FBI warning pop-up scam and how to resolve the issue in a worst-case scenario.

Pro tip: The best way to protect your Mac or Android device from ransomware is to use reliable anti-virus software. Clario's all-in-one security app features real-time protection — because prevention is easier than the cure — and a robust anti-malware scanner and removal tool. Securing your device is simple, just:

Peace of mind is priceless, and utilizing every tool at your disposal to protect yourself online is important. Now let's dig deeper into the Android FBI virus scam and discuss how to remove the malware from an infected phone or tablet.

What is the FBI virus?

The FBI virus refers to a group of similar pieces of ransomware that lock your Android phone or tablet and display a fake warning message. A pop-up may list false accusations and demand that you pay a penalty fee to have the fabricated charges dismissed. Generally, scammers will request payment via a method that's difficult to trace and makes recovering funds impossible.

While FBI virus types can vary, the goal for fraudsters is always the same: extract a good amount of money from as many people as possible. With this outcome in mind, scammers often request reasonable release fees, increasing the chance that someone will pay the ransom.

Unfortunately, vulnerable and less tech-savvy populations are often the targets of these types of scams. Cybersecurity Insiders report that people over the age of 65 are 35% more likely to be the victims of financial fraud than those under 30. In an age when accessing the internet is practically unavoidable, anyone who doesn't understand the lay of the land is vulnerable to opportunistic scammers.

If you encounter a fake FBI warning message, you should never pay the ransom. Fraudsters rely on catching scared and uninformed targets in their scams, and, in this case, a genuine threat doesn't exist. The FBI or any other legitimate organization would never operate in the way described, and anything that doesn't feel right is likely the work of malicious operators. Question everything, and you'll be better equipped to identify online threats before they become an issue.

How to remove fake FBI virus from a phone or tablet

Ransomware, including the FBI virus, can be stubborn and difficult to remove. But with the right steps, you can prevent most unwelcome or malicious pop-ups on your Android phone or tablet.

While the malware can bar access to your device, the FBI hasn't really locked your phone, and you can resolve the issue without paying scammers a ransom. Here's how to remove the FBI virus from Android :

As you can see, the procedure is simple but not always obvious to those who've never had to remove malicious software from an Android mobile device. For those unfamiliar with the process, we'll discuss each step in greater detail. If the problem affects only a web browser, you'll need to follow a different procedure to remove browser-hijacking malware.

How to restart your Android phone or tablet in Safe mode

Once restarted, Safe mode text should appear at the bottom of the screen. You should now be able to access your phone and perform the necessary troubleshooting.

Remove malicious software from your Android phone or tablet

Identifying the source of the FBI virus may take a little investigation. Sometimes the answer is obvious, and other times it's not. When trying to pinpoint the problem app, there are several things to consider:

The most likely culprit and carrier of the dreaded FBI virus is software you've recently downloaded or opened for the first time. Search your phone and memory, and the problem application will likely become clear. Once you've identified the source, you can remove the FBI ransomware from your Android device like this:

That's it. You can now restart your device as normal and check that the issue is resolved. If the problem persists, the FBI virus is hiding within another application. Any apps that aren't familiar to you, seem suspicious, or don't function as expected should be next on your list. Once you've identified a probable culprit, you can delete the application using the standard removal method.

When searching for suspicious software, you should look for generic names, such as:

Generic titles help malware blend in with your legitimate apps, which can make identifying the culprit difficult. When manually searching for malicious software, persistence is key.

If you’re unable to locate the problem app, you’ll need to try something else. Using antivirus is a quick and easy way to identify and remove malware, but you must be able to launch the scanner outside of safe mode for it to work.

The process described won't address issues isolated to a particular browser. You can, however, follow a different set of steps to stop certain pop-up ads on any Android device.

Use an Android anti-malware app to remove the FBI virus

If you still have access to your device or simply wish to prevent future trouble, you can use anti-malware software, such as Clario's mobile security app, to block, identify, and eradicate malicious applications. Here's how:

4. Tap Start scan and grant Clario access to your files if asked.

If the antivirus scan uncovers any malicious software, the application will prompt you to remove the threat. In addition to malware scanning and removal, Clario offers a spyware scanner, virtual private network (VPN), and data breach monitor. On top of that, 24/7 technical support is available, so the experts are always on hand when you need them.

If you want security software that does it all, take advantage of Clario's 7-day free trial and protect your device from hackers, crackers, scammers, and fraudsters.

Preventing a malware infection is simpler than the cure

When it comes to malware, preventing an infection will save you a lot of trouble. If your device does become infected with the FBI virus or another piece of malicious software, you could waste a lot of time identifying the cause and removing the problem application.

If, however, you preempt the probable and secure your phone, tablet, or computer with a solid security app, you can avoid future trouble and rest easy knowing you're protected. 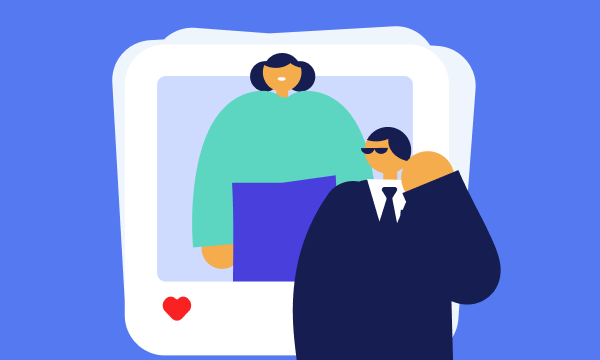 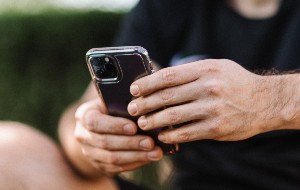 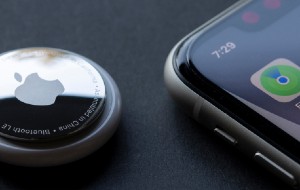