What Is Jailbreaking - Pros & Cons

So, you want to customize your iPhone and have heard that jailbreaking is a great way to do so. But what are the dangers? Below, we’ll explain the advantages and consequences of jailbreaking your iOS device and explain anything you may be wondering about the process. And don’t forget that Clario can help you protect your phone or find out if it’s been jailbroken without your knowledge.

Jailbreaking is the process of removing built-in software restrictions on devices like iPhones and iPads. This is where the name jailbreaking comes from – you’re breaking out of the “jail” of manufacturer limitations.

In more detail, jailbreaking means gaining root access to a device to bypass software restrictions. These restrictions are in place for many reasons, including security, user safety, copyright and legal protections, and revenue protection for the manufacturer.

Jailbreaking is also known technically as “privilege escalation”, where users take advantage of design flaws or bugs to get a higher level of control over the device.

If you’ve just heard of jailbreaking, you may be wondering whether it’s worth it. There are many benefits and disadvantages to jailbreaking that are worth considering.

But without further ado, here are the pros and cons of jailbreaking your iPhone.

Benefits of Jailbreaking an iPhone

Some of the main reasons people jailbreak their iPhones include:

While jailbreaking may sound great, there are several downsides, including:

Jailbreaking grants deep access to apps that run on your device. While this means you have more customization options, it also means that a malicious app could easily gain root access. With root access, the app could steal your data, lock you out of your device, and much more.

As explained above, this is because jailbreaking your phone removes the built-in protections that Apple provides.

Without Apple’s pre-screening of apps, you put your trust in the developers – whoever they are. So, if you’re committed to jailbreaking your phone, make sure you take ample time to vet the developers of any app you are going to install. Check reviews, the source code (if you can), and user comments.

Likewise, without Apple’s built-in security protections and consistent updates, you will need to turn to third-party antivirus apps like Clario to protect your phone.

How to Fix a Jailbroken Phone

To fix a jailbroken phone and revert it to normal, all you have to do is factory reset it. This process will remove all apps, data, and saved settings, so make sure to back up your device before beginning.

To back up your iPhone, you can use iCloud (or any third-party backup service):

To reset your device to factory default:

Once the process is completed, you’ll have to set your phone up once more and log in to any accounts.

If for some reason you are unable to reset the device, you can use recovery mode to erase the device and restore it to default.

Jailbreaking is legal in the U.S. and most countries around the world. However, it’s a bit of a gray area, as there are many things users do post-jailbreak that are illegal.

For example, using a jailbroken phone to access illegally acquired apps is illegal.

Further, specific laws vary around the world, and in many countries a jailbreaking case has never been taken to court, meaning there are no precedents.

Apple does not support jailbreaking and treats it as a breach of contract. However, they typically don’t threaten jailbreakers with legal actions.

A jailbroken phone has far more security vulnerabilities than an unbroken one, as we discussed above.

The risks of jailbreaking include:

These make your device more vulnerable to the latest security threats including malware. Because of this, it also puts your data at risk.

If a hacker or scammer manages to get access to your device files, they may use it to blackmail you, scam you, or steal your identity.

For this reason, it’s also worth considering who owns the phone you’re going to jailbreak. If it’s a phone given to you by your employer, you may be putting more than just yourself at risk – you could be putting the organization and their other employee’s data at risk, too.

Safety Precautions When Jailbreaking a Phone

If you are determined to jailbreak your phone, there are some things you can do to protect yourself and minimize the risks.

Note: These precautions will lower the risks, but not remove them. Jailbreaking your iPhone may reduce its security measures, increasing your vulnerability to hackers and malware.

How Can You Tell If a Phone Has Been Jailbroken?

If you’ve just bought an iPhone second-hand and you want to make sure that it isn’t jailbroken, you can easily find out.

Here are three ways to determine whether your phone has been jailbroken:

Is Jailbreaking Right for You?

Whether you should jailbreak your iPhone or not depends on what you want to get out of your phone. If you want the added customizability and functionality that come with a jailbreak and don’t mind the increased security risks, then jailbreaking is probably right for you.

But, if you’re worried about potential cybersecurity threats and aren’t sure if you can protect yourself against them, jailbreaking might not be right for you.

We recommend that before jailbreaking your phone, you:

Is it Possible to Jailbreak an Android Phone?

Yes – kind of. It technically isn’t possible to jailbreak an Android phone, but it is possible to root it. Rooting is only one part of the jailbreaking process that grants users privileges as an administrator.

Because Android phones have far fewer restrictions and don’t require the added steps that are required to jailbreak an iOS device, rooting is sufficient.

When you root an Android, you gain full access to the system files, commands, and folder locations, as well as added customization options.

What Can You Do with a Jailbroken iPhone?

When you jailbreak your iPhone, you gain access to several new abilities, at the cost of added security risks.

Jailbreaking your iPhone lets you:

Jailbreaking – Is It Worth It?

With the latest iOS version, Apple has incorporated several of the features that people used to have to jailbreak their phones to access, making jailbreaking less and less worth it. But you may still want to jailbreak your phone to gain access to the deeper customization abilities and third-party apps. 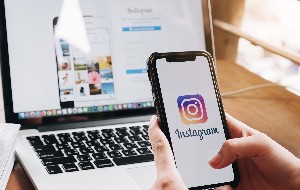 Instagram Rolls out a New Parental Control Feature, but Should You Use It? 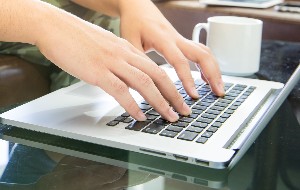