As technology advances, cyberattacks become more prevalent and sophisticated. Mobile phones often store passwords, bank account numbers, photos, and other types of sensitive information that, during a security breach, can fall into the hands of cybercriminals.

To avoid this outcome and keep your data safe, it’s important to choose the most reliable mobile operating system (OS) possible. This means you’ll have to weigh the pros and cons of the two largest operating systems: iOS and Android.

While both iOS and Android have been targets of malware and cyberattacks over the years, the question remains: Which OS is more secure in 2022?

In 2016, when Pegasus Spyware debuted and infected iPhones across the globe, Apple had to scramble to inform its users and secure the iOS. Despite Apple suing the company responsible, Pegasus remains a threat today.

That said, Android has also had its fair share of security issues. For example, from 2019 to 2021 over 1 million users were hacked through apps containing malware on the Google Play Store. Even more users are still in danger because not all Android devices guarantee regular security updates.

To determine which is more secure between iOS vs. Android, we analyzed Google Trends and CVE data for each OS update over the years. Using this information, we created security scores to rank each update and crown an overall winner for the most secure mobile operating system.

iOS vs. Android: issues over the years

We examined Google Trends data to compare the security issues faced by iOS and Android over the last decade. Typically, spikes in search traffic for update issues coincided with the release of a new update, particularly in Apple’s case.

For Android, however, spikes in search traffic coincide less with the release of new updates. This could be because its user base has fewer problems with the operating system, or it could be because Android devices are less likely to install the latest update in the first place.

Here were the results when we averaged the search traffic levels of each OS:

In this case, each score represents the number of problems users were seeking to solve. This means that the higher the score, the more buggy the software. Since Android has a lower score at 16.1, it means that overall, iOS users were experiencing more technical issues.

Put simply, this data set leans in favor of Android being the more secure OS.

How secure is iOS?

When experts compare the iOS's tight security to Android's security features, often they deem the former as the safer OS. This is in part because it’s highly unlikely for iPhone viruses to infiltrate your device unless it’s jailbroken.

That said, this data indicates update security levels at the time of their release. For optimal security, update your phone whenever possible.

Let’s now take a look into some of the advantages and disadvantages of iOS security.

While not every update has been as secure, some general iOS security strengths include:

When asked to compare the built-in security settings of iOS vs. Android, Allan Buxton, director of forensics at Secure Data Recovery Services, explained the advantage of Apple’s update process: “If a user sticks to the default OS that came with their phone (and most do), Apple has more uniformly shipped updates throughout the life of the iPhone series.”

Buxton continues, “By contrast, most Android handset manufacturers guarantee only two years of updates. Some never publish the second year’s OS or do it so late in the product’s life cycle that the update still releases with unfixed security concerns.”

Therefore, one of the biggest security strengths of iOS is its ability to deliver new updates.

We found that iOS 11 was the least secure iOS update on our list with a security score of 11.1. The high number of vulnerabilities marked it as an unsafe update.

Overall, some of the biggest iOS security weaknesses include:

Over the years, Apple has been a security-first company. For this reason, iOS doesn’t have many severe weaknesses. That said, there are some exploits that neither Android nor iOS are immune to.

“The worst security issues are the ones which allow malicious actors to gain full access on user phones in stealth mode without any user actions (so-called zero-click attacks),” says Volodymyr Shchegel, our VP of engineering at Clario. “For example, for iOS, there was a set of issues with iMessage, Core Graphics, and WebKit used by some NSO Group clients to settle Pegasus spyware on activists’ and journalists' phones.”

Dangerous exploits, such as those mentioned by Shchegel, make it all the more important to prioritize mobile security optimization.

Since Android is the most popular mobile operating system worldwide, it means that it has a greater potential for security issues to arise. On the other hand, its far-reaching user base means that Android’s community can provide more feedback for security optimization.

To determine whether or not Android is secure as an OS overall, we examined its strengths and weaknesses.

Here are some of the most significant Android security strengths:

Additionally, Android’s open-source code, while often cited as a security disadvantage, is also a strength. Shchegel elaborates, “As Android is an open-source OS, there is a higher probability security issues will be discovered and fixed  earlier.”

He continues, “But as the ecosystem is more fragmented, often it would lead you to the necessity of buying a new Android device to stay protected, as a lot of vendors - especially for cheap smartphones - don’t provide any software updates or provide them with a huge delay.”

Essentially, having an open-source code has its pros, but it also has some security cons. You can minimize those disadvantages, however, by being diligent about updating your software.

Though Android has the largest mobile user base globally, it has its fair share of security flaws. In fact, having a large number of users makes an OS a larger target for cyberattacks.

Here are some of the most significant Android security weaknesses:

While Android offers regular updates, the problem is that not all phones run on the most recent version of the OS. According to a recent study, the most-used Android update was Android 10, an update that was two years old at the study’s date of publication.

According to Marilyn Gaskell, founder of TruePeopleSearch, a U.S.-based tech company, Android’s open-source code is also a security weakness.

“Even though Android features the same types of security measures as iOS (such as strong passwords), it’s susceptible to malware due to its open nature,” says Gaskell. “Because any manufacturer or developer can create an app for Android, malware is harder to track and locate.”

To create a ranked list of updates from least to most vulnerable, we analyzed Google Trends consumer data and CVE data about published vulnerabilities. We found that while Android updates typically had more overall vulnerabilities, more recent iOS updates featured vulnerabilities that were more severe.

So which OS wins in the battle of iOS vs. Android? Let’s take a look.

The most secure update overall: iOS 5

The most secure Android update: Android 12

Android 12 was recently released in 2021 with a variety of added security features. This update allowed you to adjust app permissions for location tracking and camera and microphone use, making it harder for apps to access your private information. This update had a total of 18 serious vulnerabilities. While not quite as impenetrable as iOS 5, these numbers are impressive nonetheless.

This update had over 200 vulnerabilities. What’s more, our data suggests that over 20% of those vulnerabilities were severe in nature. For that reason, iOS 11 is the least secure iOS update of its time.

Our overall winner for the most secure operating system is iOS.

In our analysis, we took into consideration both the results of our data and the strengths and weaknesses of each OS.

Android has improved its security but still remains the less secure of the two operating systems.

Whether you own an Android or an iPhone, however, you can never be 100% safe from security breaches and zero-day attacks. Make sure that you’re always proactive about using security solutions such as VPNs and spyware removal tools.

10 tips to keep your data secure

Our phones are home to sensitive information that could cause us harm if accessed by cybercriminals. For this reason, you need to take every precaution possible to keep your data secure.

Using the tips below, you’ll be able to steer clear from threats like spyware and optimize for security.

While Apple takes many precautions to keep iOS secure, sometimes developer efforts alone aren’t enough to keep your personal information safe. Users need to be proactive if they want to keep their data secure.

Use these tips to keep your iPhone out of danger:

While your level of security with Android is going to vary based on your phone’s manufacturer, there are always steps you can take to protect your personal information.

Here are some helpful security tips for Android:

We sourced our data through Google Trends, CVE Details, threads from Reddit, and HARO, an online resource that connects journalists with industry experts. Using these sources, we created a ranking system for the security level of iOS and Android updates from best to worst.

Because of insufficient Google Trends data for some early operating system updates, we began tracking data from the release of Android 5 and iOS 5 onward. For both iOS and Android, we only ranked major updates. For iOS, we ranked updates with whole numbers (so we’d rank iOS 4, but not iOS 4.1). For Android, we ranked each update that kicked off a code name. (For example, for Android Lollipop, we collected data for its kickoff update 5.0, but not its corresponding updates 5.0.2 or 5.1.)

Any update with insufficient data was removed from the ranking.

Here are the factors we considered when weighing our rankings:

We correlated each update with the year of CVE data closest to its peak in Google Trends data. For example, since “iOS 11 issues” yielded the most search results in 2017, iOS 11 was correlated with CVE statistics from 2017 to help determine its security score.

It’s also important to note that these rankings indicate which updates were most secure in the year of their release. To remain secure, it’s important to always update your phone to the latest software.

When it comes to iOS vs. Android, each OS has its own advantages and disadvantages. Regardless of which one you use, however, what’s most important is that you’re doing everything in your power to protect your personal information.

Make sure to be proactive about security by using VPNs, antivirus apps, and anti-tracking software. With a combination of these tactics and by always keeping your phone up to date, you can successfully defend yourself from data breaches.

We put our research on vulnerabilities of iOS and Android in a comprehensive infographic that you can see and download here. 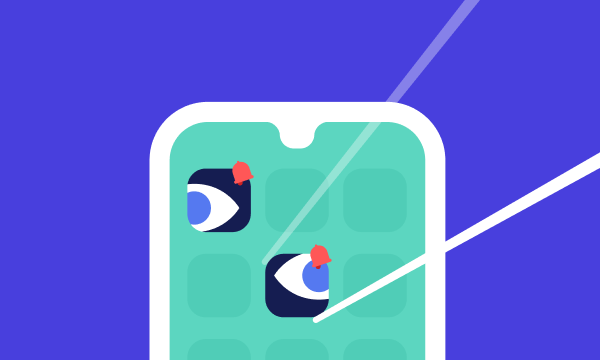 How to Find Hidden Spy Apps on Android 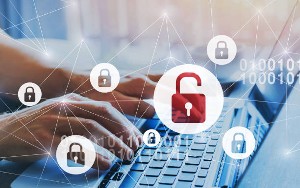 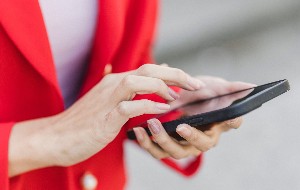