A guy walks into a bar. “It’s Danny, male, 28,” a little voice pipes up. “He’s been here six times in the last month,” another voice adds. “Yesterday, Danny ordered veggie burritos to be delivered to his office,” says the third invisible speaker. By this point, Danny is clearly startled.

“Danny jogs around Grant Park regularly,” the voices continue. “He listens to John Legend. He’s got 2,863 photos on his phone.”

“Hey, I just wanted to order a…,” Danny interrupts. “Wait a minute, sir!” the barman replies. “Let me just show you an ad for headphones and another one for a fitness tracker, and you can have any drink for free.”

Something similar to this scenario happens every time you use your smartphone to open a website or free app. You look for what you need, but alongside it you always get ads - and these ads are surprisingly well suited to your tastes and lifestyle.

But what about the voices so eagerly putting forward the personal information about you? You don’t normally hear them but this kind of reporting constantly happens with the “voices”  coming from your mobile apps. These little programs track everything you do, whether it be seeing a doctor, choosing a movie, or planning a vacation. Not only do they know a thing or two about you but they’re skilled at sharing this information as well.

Mobile apps seem to be free when you download them. Yet, in fact, they come at a high price: they take your personal data, then sell it to advertisers or whoever they want.

How do we know this? What is the real scale of this business? Luckily, there’s some in-depth research providing impressive facts. Let’s make a brief overview of these investigations.

How Android apps harvest and share your personal information?

In 2018, Oxford University researchers analyzed nearly one million Android apps and found they were giving masses of information away. An average app could share user data with 10 third parties, while one in five apps were able to share this with more than 20 recipients.

So who gets this information? Initially, the data usually goes to relatively unknown companies, which often share it with tech giants such as Alphabet (Google’s parent company), Facebook, Twitter, Verizon, Microsoft, and so on. Namely, Alphabet could receive data from 88% of the analyzed apps, while Facebook could get data from 43% of them.

And what kind of information do mobile apps give away? The range is enormous, including the user’s age, gender, location, Wi-Fi connection, other installed apps, and much more.

Restricting data collection by certain apps is one way of fighting this.  However, sometimes they find a way around.

Another study proved that over 1,000 Android apps gathered user data even after a direct restriction. For example, researchers found a particular  app denied collecting location data. However, it could access photos on the phone - so the app learned location details from the technical information of every picture. Sounds creepy, right?

As we can see, Android apps have their own secret life. Apart from helping and entertaining you, they also collect your personal information and share it with tech companies such as Google or Facebook.

Are iPhone apps any better with personal data?

Apple is well-known for its focus on privacy. In 2019, the company even put a billboard up in Las Vegas, claiming boldly, “What happens on your iPhone, stays on your iPhone”. However, there’s really a limit to what Apple can control.

Mobile apps are created by various developers from around the world. Before they appear in the App Store, Apple checks whether they comply with its standards of quality and security. Apps go through a similar check-up to get to Google Play, an Android app market. However, the platforms can’t really know if all the developers run their businesses responsibly after the check-up.

So how do iOS apps actually behave? The Washington Post columnist Geoffrey Fowler held a dedicated investigation last year. The journalist found out that while he slept, his iPhone apps shared his phone number, email, IP address, and location with a dozen data companies.

The apps that sneakily shared data at night included Spotify, Nike, OneDrive, Mint, Weather Channel, and The Washington Post. All in all, the researcher discovered over 5,400 app trackers are able to send out 1.5 gigabytes of data per month.

It’s noteworthy that Geoffrey Fowler held his experiment in collaboration with Disconnect, a privacy company, which used special software to examine outcoming data. So a regular user just wouldn’t be able to check out what’s going on with their own iPhone apps.

iPhone apps harvest and give away user data, too. Without specialized software, a user can’t even find which apps do this, what they share, and where the data goes.

What can you do about the lurking phone apps and data privacy?

Let’s be realistic: free apps need to make money somehow so they profit from the collection and subsequent sale of user data. Getting an app means you agree to this service model at large. However, there are a few ways to limit the information apps collect about you.

This is simple: if an app is not on your phone, it can’t collect your data. If you tried an app for yoga, budget control, or puzzle-solving, and it didn’t work out for you - delete it for good. Don’t let it just sit on your phone, watch where you go, and transfer this data to marketers.

As we mentioned before, apps undergo a check-up for security and quality to be allowed on the App Store and Google Play. Be sure to use these markets as a primary source for your apps. If you absolutely need to download an app from another place, be twice as attentive about its privacy and security settings. 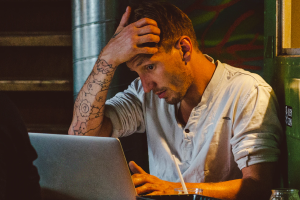 Phishing: What Is Phishing and What to Do About It 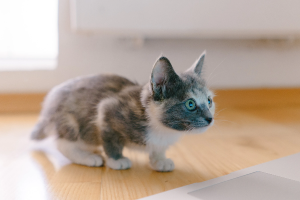 Skipping the Terms of Use? Here’s Why You Need to Stop 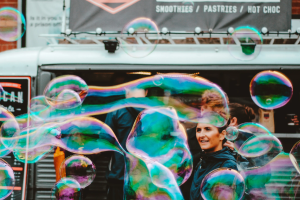 Social Networks Are Ready to Pay, but You Won’t Get a Penny