Your internet connection has been slow lately, but you’ve been using the same Wi-Fi service. The only thing that has changed is you've been using a VPN, so that seems like the culprit. However, you don’t know why your VPN is slow or what you should do about it. Using a VPN for internet activities is key, but the quality of the VPN is even more important. Clario’s an all-in-one cybersecurity app that offers a safe and secure VPN you can depend on.

How to make your VPN faster

But because VPNs encrypt packets of data, you should expect the speed to be about 10% slower — 20% at most. It’s mostly unnoticeable.

Having said that, it’s no secret that some VPNs can be even slower than that, all the way up to 60%. A slow VPN connection is just as frustrating as a slow mobile data connection. If you’re experiencing ridiculously slow speed on your VPN, there are a few things you can do to fix it.

There’s a reason why VPN services offer a lot of servers. Try switching to a different one. Sometimes, a server in your country works the best due to lower latency. While, in other cases, a server in a different country can be faster.

Some server locations are best for you. It all depends on the amount of congestion the server you’re on has at the time. You want to choose one with the least amount of congestion. But you won’t know which one is the fastest until you test it, so play around until you find one that is as fast as you’d like.

If you’re using a VPN in a different country to bypass regional restrictions, try a server in a different part of the county. For example, if a server on the east coast is slow, try one on the west coast instead.

Switch to a faster VPN provider

If the VPN you’re on isn’t cutting it, it’s time to switch to a better one. Remember: not all VPNs are created equal, so it’s advisable to do your research and choose one that is reliable.

Clario is a comprehensive cybersecurity app that offers a safe and secure VPN service that gets the job done. With a wide range of servers around the globe, you’re spoiled for choice. If you occasionally experience slower speeds on one server, simply choose another secure server from the list, and you’re good to go.

Additionally, and more importantly, Clario helps keep your personal information protected by masking your true IP address. This ensures that hackers and bad actors have a hard time locating you and, therefore, gaining access to that personal information you work so hard to keep safe.

Typically, people want to take a service like a VPN for a test drive to get a feel of how it works. Why not try it out for yourself?

Clario gives you peace of mind by knowing that your VPN service won’t compromise your privacy. It offers a long list of secure locations to choose from.

The steps to change the port/protocol are VPN specific. Contact Clario’s 24/7 support to learn how to go about this process.

Encryption is a key factor in all VPNs because it allows your VPN service to protect any data that flows through the VPN. This allows the VPN to protect your personal information, which is the whole point of using a VPN in the first place.

The strength of encryption and your VPN speed are linked: the stronger or more reliable your VPN’s encryption, the slower your VPN’s speed will be, and vice versa. So, if your VPN is slow, consider changing its encryption level — choose from encryption protocols that are less secure if you’re not too concerned about security.

Below are the six major VPN protocols available:

Developed by Microsoft in 1999, this was the first widely available protocol. It was initially developed for use in dial-up networks. Since then, it’s been repeatedly found to have vulnerabilities, which is why it has become outdated. This is unfortunate, given how fast it was.

SSTP is yet another protocol developed by Microsoft and introduced through Windows, but is now available on other servers. It's easy to use and fairly secure. Although it’s slightly slower than PPTP, it’s faster than others.

Popular among VPN providers, OpenVPN is free software that usually encrypts data through OpenSSL and TLS. It also typically allows users to choose between the TCP and UDP internet protocols. Open VPN generally offers good security and an average speed.

WireGuard is a free, open-source software. One of the key factors that make it stand out is its small codebase, which makes it easier to find bugs that might cause a security threat. WireGuard has fast speeds, good encryption, and is quite stable.

5. The Internet Key Exchange (IKE) or /IKEv2 with IPSec

IKE is available in versions 1 and 2 — with the latter being the more reliable and preferred of the two. It is widely used, probably because it makes it easier to set up VPNs and has fewer errors. IKE protocols offer fast speeds and good encryption, and they are also stable.

L2TP usually leans on IPSec’s encryption and authentication functions as it doesn’t have any of its own, but this partnership makes these protocols secure. However, this option doesn’t offer the best speeds, so it isn’t ideal if you stream a lot of content.

Consider your options and try different protocols until you find one with the speed that works for you.

Use a wired Ethernet connection

Wired Ethernet connections are Wi-Fi alternatives that come in the form of cables. While this very element makes them an inconvenience, they are known to deliver internet connections — even faster than Wi-Fi.

Ethernet comes in handy for:

If you don’t mind dealing with cables, or the pros outweigh that one particular con, then Ethernet is probably the way to go.

If you’ve tried a few fixes and your VPN is still running slow, try switching to a different device. This should help you gauge if the device is the issue.

Devices can have performance issues, which can affect your VPN’s speed, especially if they’re older. Use a different device with a more capable processor to speed up your VPN.

If the VPN speed improves afterward, you’ll know the modem or router was the issue.

Do not set up a VPN on your router

Setting up a VPN on your router allows you to protect your whole network — including devices that don’t support VPNs — all under one umbrella. It has its benefits.

However, this option typically runs very basic encryption and tunneling protocols, which could affect your VPN speed. That’s why the best solution is not to set up a VPN on your router at all. This is fine because it’s not a necessity.

Sometimes, your Mac becomes runs slowly for various reasons, including the ones below:

Restart your device to reboot the VPN and hopefully increase the VPN speed.

Get rid of background apps on your device

As mentioned above, apps can cause issues on your device and may be the reason for your slow VPN speed. It’s normal to have multiple apps open at a time. Sometimes, we’re not even aware they’re still running in the background.

This is because some apps continue to run in the background after you close them, while others start running when you switch on your device. Close all open apps to make the VPN work faster.

We all know by now that having older software installed on your device can slow it down. Software is considered older when there have been several versions released after it was last released.

If you want your device and VPN to work optimally, you must upgrade to the latest software.

This also ensures that your device doesn’t fall victim to loopholes and bugs in older software, which could make you vulnerable to hacking. Stay up-to-date on the latest software for your device and upgrade as needed.

Connect to a server closer to your physical location

Sometimes, we experience slower VPN speeds because of the distance between the area we’re connecting from and the server we’re on.

While some server locations are ideal to connect to, the servers closest to you will probably deliver faster speeds. Try choosing from one of those — like any server in your country. For example, if you’re in the US, the servers in your country will be faster than those in Europe.

Connect to a server that isn't overloaded

We mentioned earlier in the article that overloaded servers can cause slower VPN speeds. It’s hard to tell if a server is overloaded, but you can get an idea by testing out different ones until you find a fast server.

And remember, a fast server could slow down at any given time because people change servers as you do, too. That’s why you should test different servers occasionally, or every time the one you’re on slows down.

Did you know your VPN connection can be split into two? That’s how to split tunneling works. It comes in handy in instances when you want both security and fast speeds, like when you’re streaming a show in a different country (like a Netflix show that isn’t available in your country) while backing up large files.

In a case like this, you can choose a server elsewhere in the world to stream the show. This connection will be secure, but possibly slower.

And you can use your normal internet connection to upload your files safely. This ensures you get the best of both worlds. However, not all VPN services offer this option.

Check your antivirus and firewall

Check your antivirus and firewall to ensure they’re not blocking your VPN. Contact your VPN’s support team to inquire about this. If your VPN doesn’t bypass antivirus software and firewalls, consider switching to one that does.

A VPN is one of the most crucial services for anyone who uses the internet — and that’s all of us — because it helps to protect your personal information.

You can’t gamble with your privacy, so a slow VPN service needs urgent attention. The methods in this article should help you get your VPN working optimally again. But consider switching to a secure VPN like Clario’s VPN if you want peace of mind. 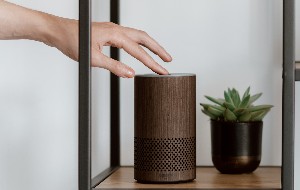 Can You Spy On Someone With Alexa? 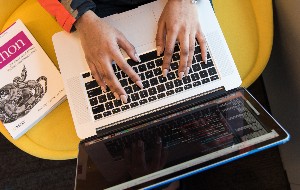 What Is Website Tracking and How Does It Work? 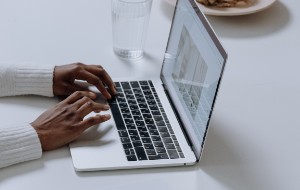 Browser Fingerprinting: What Is It, and How Can You Prevent It?

Is your VPN slow? Clario’s VPN is fast, reliable, and secure.