Long gone are the days of communicating through smoke signals, cave paintings, and carrier pigeons. These days, 85% of Americans own a smartphone. Video calls with relatives, cute kitten videos, and news updates are now available with the push of a button.

But phone usage has its pros and its cons.

On one hand, society is more interconnected than ever. Cell phones make communication almost instantaneous. You can access your bank account, text your boss about an upcoming deadline, or learn about any topic imaginable with the power of the World Wide Web at your fingertips.

On the other hand, smartphone addiction has become a serious problem. A study by Front Psychiatry suggests that extended mobile phone usage can result in sleep disturbance, stress, anxiety, and depression. This is evident when you walk down the street and see people strolling with their heads down, focused on their smartphones.

This only scratches the surface when it comes to describing the impact of phones on society. To better understand our culture’s relationship with mobile devices, we’ve compiled a list of the most up-to-date phone usage statistics for 2022.

2. 74% of Americans surveyed say they feel uneasy leaving their phones at home

Worldwide app downloads reached a total of 36.1 billion in Q4 2021, according to Sensor Tower’s Data Digest. That corresponds to a 2.7% year-over-year increase. In the same quarter, there were 8.3 billion App Store downloads and 27.8 billion Google Play downloads.

4. More than 40% of emails are opened by mobile clients

5. 45% of Americans say their phone is their most valuable possession

Researchers found that of the Americans surveyed, 45% said that their phone is their most valuable possession (Reviews.org). The same survey found that 53% of Americans say they haven’t gone longer than 24 hours without their cell phone.

Smartphone ownership highlights by country include:

We go more in-depth about the importance of this information below.

Newzoo’s Global Market Report 2020 found that 66% of China’s population uses smartphones, totaling 953.55 million users. Therefore, China has the most smartphone users out of any country.

As of 2020, India has more than 490 million smartphone users, making it the country with the second highest number of users (Newzoo Global Market Report 2020). This number only accounts for 35.4% of India’s population.

8. Over 273 million Americans own smartphones

Approximately 273.76 million Americans own smartphones (Newzoo Global Market Report 2020). That accounts for 82.2% of America’s population and makes it the country with the highest percentage of smartphone users.

Indonesia has 170.4 million smartphone users as of 2020 (Newzoo Global Market Report 2020). That accounts for 61.7% of its population. Indonesia then ranks No. 4 on the list of countries with the highest number of smartphone users.

How many people in the world have smartphones?

According to recent data from Statista, there were approximately 6.4 billion worldwide smartphone users in 2021 compared to 6.1 billion users in 2020. This corresponds to an increase in users by 5%.

12. There are 296 million mobile Internet users in North America

Recent research suggests that in 2020 there were 4 billion mobile Internet users globally, a number projected to increase to 5 billion by 2025 (GSMA The Mobile Economy 2021).

This increase in smartphone Internet usage means that it’s especially important to stay up to date on the latest iOS and Android security measures.

The November 2021 Ericsson Mobility Report found that mobile network data traffic grew by 42% from Q3 2020 to Q3 2021. Ericsson found this traffic growth to be driven by increases in overall smartphone subscriptions and consumption of video content.

Smartphone vendors sold approximately 1.4 billion smartphones globally in 2020, with about 20.8 billion of those sales being iPhones (Statista). Comparably, 2019 saw an estimated 1.54 billion smartphones sold. This shows a marked decrease in sales from 2019 to 2020, presumably due to the COVID-19 pandemic.

A considerable majority of people use smartphones, but as little as 48% of people password-protect their phones according to Kaspersky Lab research. Even less (22%) use anti-theft solutions for their smartphones. This exposes almost 80% of consumers to potential identity theft or sensitive data leaks.

It takes two simple steps to protect your smartphone and yourself from a hack — download reliable cybersecurity software and launch it on your device.

How long does the average person spend on their phone?

Smartphone dependency is on the rise and many people find themselves smartphone-dependent.

16. The average American spends 4 hours and 23 minutes on their phones daily

17. 15% of adults are smartphone-dependent

According to a 2021 survey by Pew Research Center, 15% of adults are smartphone-dependent, meaning they own a smartphone but don’t have a home broadband connection.

18. Americans spend 50 minutes on their phone before bed on average

19. 48% of Americans feel anxiety when their phone battery drops below 20%

Of Americans surveyed, 48% reported feeling a sense of anxiety when their cell phone battery goes below 20% (Reviews.org). Researchers also found that 41% of Americans report experiencing stress or anxiety in less than 30 minutes after misplacing their phone.

20. 47% of Americans consider themselves addicted to their phone

A total of 47% of surveyed Americans consider themselves addicted to their phones (Reviews.org). Of those surveyed, 35% admit to using or looking at their phone while driving, while 36% say they’d give up their pets to keep their cell phone.

What is the economic impact of mobile phones?

For both America and the world at large, mobile phones are a significant source of revenue generation.

In 2021, researchers found that Google Play generated an estimated gross revenue of $48 billion through mobile apps, indicating a 23% increase from the previous year (Statista). In 2020, Google Meet was the most downloaded app on the platform with more than 20 million worldwide downloads.

As app downloads increase, it’s important to prioritize Android security. The last thing you want is to accidentally download an app that’s tracking your data.

A recent study found that the App Store generated an estimated $85.1 billion through in-app purchases, subscriptions, and premium apps in 2021. This marks a 120% increase from 2017 to 2021 (Statista).

In 2020, mobile technologies generated 4.4% of GDP in North America, coming out to $1 trillion in contributions (GSM The Mobile Economy North America 2021). The mobile ecosystem also made a contribution of $100 billion in taxes to the public sector.

The same study found that only 61% of adults age 65 or older own smartphones, with 29% owning a cell phone but not a smartphone (Pew Research Center). This indicates that the older you are, the less likely you are to own a smartphone.

28. 1% of children get their first cell phone between ages one and two

A 2019 study surveying U.S. parents found that 1% of children receive their first cell phone at one to two years of age (Statista). An estimated 25% of parents wait until their kids are 11 or 12 before they allow them to own a cell phone.

As children gain more access to smartphones, it means the importance of teaching cybersecurity to kids increases.

29. Americans check their phones 344 times per day on average

In 2021, researchers found that Americans checked their phones 344 times per day on average, meaning they check their phones once every four minutes (Reviews.org). This marks a 31% increase from 2020 to 2021.

30. Less than 31% of U.S. adults live in households with a working landline telephone

According to data from the Centers for Disease Control and Prevention, in 2021 only 29.3% of American households used landlines while also owning a wireless phone. 1.66% of households only used landlines.

67% of adults surveyed were wireless-only, meaning they owned a personal wireless telephone but didn’t live in a house with a landline.

According to future projections, smartphones are on the rise. Mobile Internet usage, screen time, and mobile phone sales are all expected to increase significantly in the coming years.

31. Researchers project there will be approximately 7.7 billion smartphone subscriptions in 2027

Researchers estimate that the average time spent on phones daily, excluding the time spent talking on the phone, will reach 4 hours and 35 minutes by 2023 (Statista). This would equate to approximately 70 days per year.

A recent study projected that 5G connections will account for 63%, or almost two-thirds, of total mobile connections globally (GSMA The Mobile Economy North America 2021). This equates to 270 million 5G connections.

34. Smartphone connections in North America are projected to reach 360 million by 2025

As time spent browsing online via smartphones increases, so does the importance of Internet privacy and security.

35. Researchers project the mobile industry will contribute $4.8 trillion to the global GDP by 2025

Researchers project that the mobile industry will contribute $4.8 trillion to the global GDP by 2025 (GSMA The Mobile Economy 2021). This contribution is 8% higher than the $4.4 trillion contributed in 2020.

6 tips to manage your smartphone use

While smartphones act as helpful tools in our daily lives, they can also be addicting. The instant gratification of social media and free mobile games has the potential to reduce our attention span over time. For some, it’s even difficult to go an hour without their smartphone.

To help you manage your mobile activity, here are some helpful tips:

Like it or not, smartphones are here to stay. Smartphone ownership and usage is increasing around the world, which comes with both pros and cons. While information accessibility and communication improve, many people struggle with managing their screen time.

There’s also an abundance of personal information stored on the average smartphone. To protect your important data, make sure to use mobile security apps and VPNs. 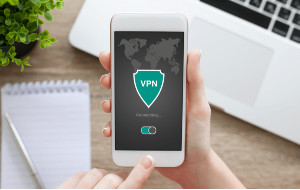 How to Set Up and Use a VPN 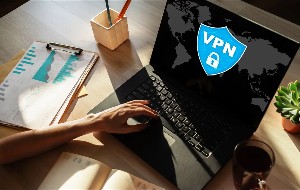 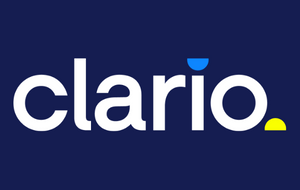